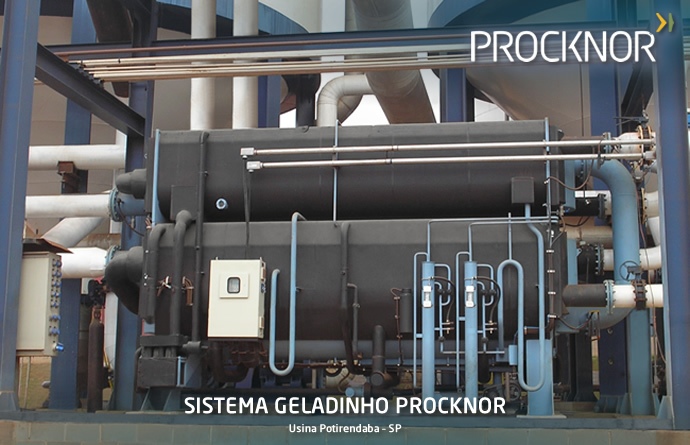 The absorption cycle is a continuous process, using heat sources of low quality (temperatures between 80C and 100C) to ensure maintenance of a given refrigerator cycle. The absorption chillers produce chilled water in the range of 15C to 22C using as primary energy sources available in the plant, such as stillage, steam condensate or vapor with temperature below 100C. 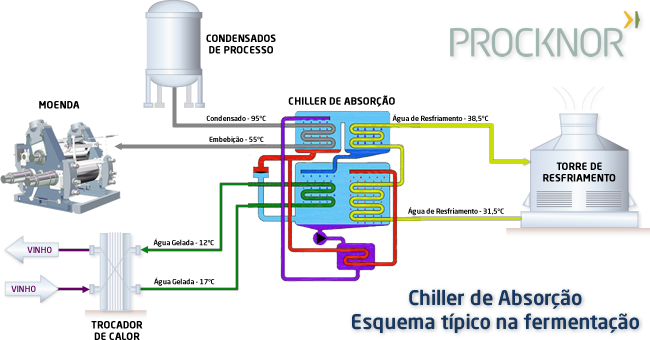 Although there are many other applications requiring chilled water in the sugarcane plants, the application that comes to mind most immediately is the use in the cooling system of fermentation. And there are strong reasons for this, including:

Thinking about all of these issues PROCKNOR developed the GELADINHO System. It is the application of absorption chillers to produce chilled water and the consequent ability to maintain and ensure temperatures below 33C for optimum operation of the alcoholic fermentation. The GELADINHO System can use many different sources of “poor” heat to produce chilled water, such as stillage, steam condensate and other vapours (V3 or V4). 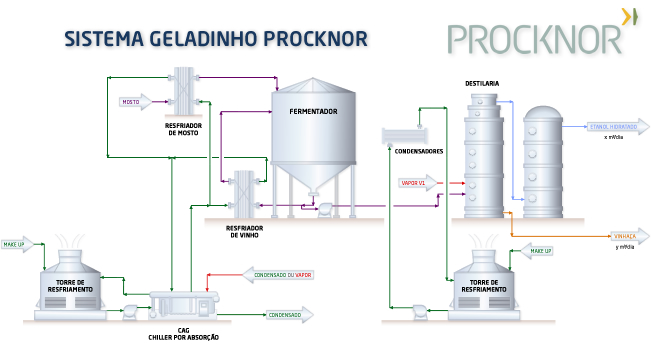 All existing equipment in the plant (cooling towers, plate heat exchangers, pumps, etc.) can be used for the installation of the GELADINHO System. The chilled water produced by the system can also be used in other applications in the plant, such as sugar dryers and central air conditioning. 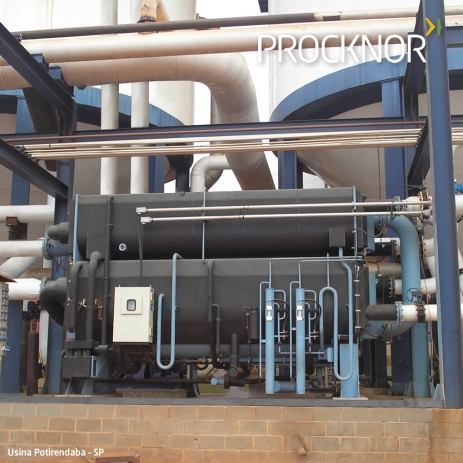 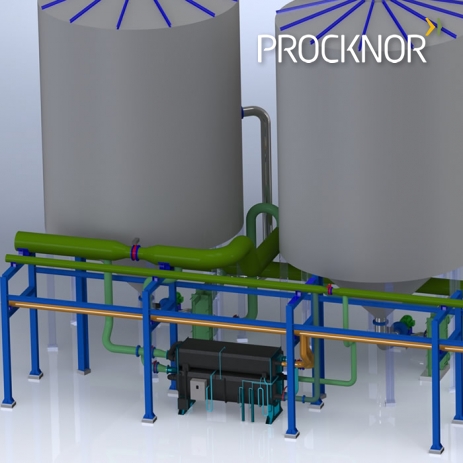